“We truly look forward to receiving our guests and providing you with a rewarding farmhouse experience. Welcome to our home!"

Your innkeepers, Lynn and Rod Eisener, purchased The Farmhouse Inn B&B in 2016 to pursue their dream of living in a beautiful country setting in a historical area of Nova Scotia. Rod is a native of Nova Scotia, both his parents and grandparents are from the valley, and his maternal grandparents owned a farm in Aylesford from 1940 until the 1990s. Lynn, a native of Ottawa, Ontario, is a successful entrepreneur with 25 years of experience in the public sector.

Why is it called “the farmhouse” when it’s located right in the midst of the village?

The Farmhouse Inn really was an operating farmhouse, once upon a time. Built in 1861 by a local shipbuilder to use as his personal residence, the house was sold to the Lyons family sometime between 1870 and 1880. At this point, it became the farmhouse for one of the three large farms that made up the non-shipbuilding sector of the Village of Canning during the late 1800s. The Lyons family continued to own it for over 100 years.

In 1988, the property was transformed into a bed and breakfast, and said to be one of the first B&Bs in Nova Scotia to offer ensuite bathrooms. The old barn was converted into the Carriage House, which now houses the North Mountain and Annapolis Suites.

Explore Our Rooms and Suites 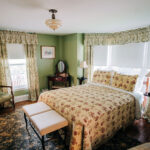 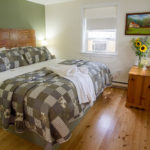 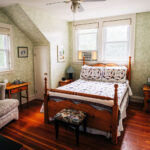 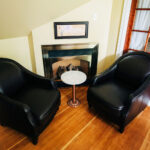 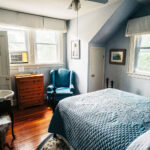 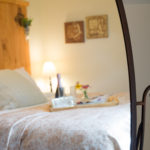 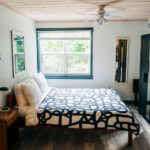